Pan American Research Grant into the history of Airline Food

I am honoured to have been awarded the annual Dave Abrams and Gene Banning Pan American Research Grant for research in the Pan American World Airways, Inc. Records collection at the University of Miami Libraries Special Collections in Coral Gables, Florida.

The grant, generously provided by the Pan Am Historical Foundation, honours two of Pan Am’s most avid historians, Dave Abrams and Gene Banning. Abrams, a University of Miami graduate, joined Pan American Airways and worked for forty-two years as a meteorologist, navigator, and Director of Flight Operations for Latin America. He was instrumental in the formation of the Pan Am Historical Foundation after the company shut its doors in 1991, and in finding a home for the Pan Am’s archives and memorabilia. Banning was one of the longest serving pilots for Pan Am. His aviation days started with the infamous flying boats in 1941 and ended with Boeing 747s in 1978. An avid researcher, Banning was a guiding member of the Pan Am Historical Foundation from its inception and the author of Airlines of Pan American since 1927.

The grant has been awarded since 2008, and has resulted in a variety of articles, theses-related work, book chapters, and a wide array of research projects. As this year’s award winner, I will receive $1,500 to support my scholarly research using the Pan American World Airways, Inc. Records collection. As part of this year’s award, Special Collections will be hosting an Abrams-Banning grant talk, an opportunity for me to share my research and discoveries to interested scholars and community members and answer questions about the project.

The Project: Pan Am, A Gastronomic History People today are generally dismissive of airplane food but, at the same time, ignorant of its history.

Pan-Am, once the largest international air carrier in the world, performed a pioneering role in airline food service.

Nostalgia for Pan-Am’s distinctive food service is now such that a Los Angeles film studio hosts a retro dinner on a stage set up to look like a Pan Am double-decker 747 at which patrons divest themselves of upwards of $200 to dine ‘airline’!

But this gourmet glamour was underpinned by both serious science and attention to the detail of fine dining culture.

Food tastes differ at high altitudes and in low humidity the sense of smell is less acute and the scent sharper; dryness of air and low air pressure ensures our taste buds are hindered, rendering seasoned dishes bland. Pan-Am led the way in scientific innovation around these problems, while maintaining high class dining rituals.

Before the serious stuff starts I’ll also be checking out the TV series (below) for a few initial pointers! 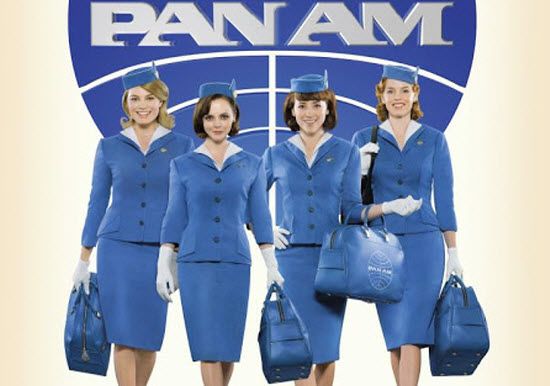 Thanks to my successful bid to the AHRC’s Gateways to the First World War research fund the social eating schemes of 100 years ago – national kitchens – are reborn!

Long forgotten, these communal dining projects were vital to the British war effort in the conflict’s latter stages.

I’m recreating them not in a spirit of jingoism, but one of critical reflection on approaches to food poverty today.

I will be recreating these events across Britain so if you are a community group / charity and are interested, please contact me.

A selection of images from the first event are available here:

Last week came the brilliant news that the French have made it illegal to throw away any food considered edible. Supermarkets and other food businesses will now have to give this food to charities combating food poverty: http://www.theguardian.com/world/2015/may/25/french-supermarkets-donate-food-waste-global-law-campaign 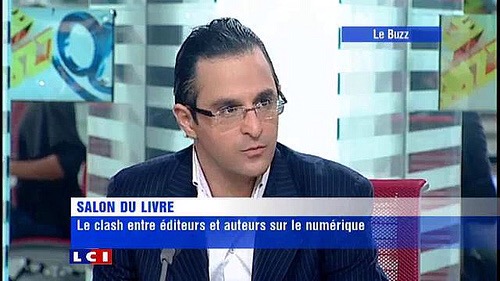 Let’s hope the scheme is a full success and doesn’t get watered down or, even worse, tourner au vinaigre.
So any chance of this catching on here? Any similar legislation in Britain would be most welcome. Underlining the meanness of some approaches to food waste in this country, supermarkets here lock their bins away so that people can’t even scavenge from them. Tight fisted. Greedy. Selfish.

In much of continental Europe, by contrast, even large corporations leave their bins accessible, signalling an openness to the idea of their food waste being taken by those who might need it; now France has led the way in ensuring corporate giants are forced to take food waste seriously.
If we were to adopt similar laws here, the greatest beneficiaries would presumably be the Trussell Trust. In Britain, media commentary on the food poverty issue is monopolised by the Trussell Trust, which runs around half of the food banks operational here. There’s a conspicuous lack of alternative voices on the food poverty issue in this country. Hence, food banks are seen as the solution.

But in previous posts, I’ve written about how food banks are simply not a sustainable solution to food poverty. Food isn’t fresh a lot of the time. Cookery skills aren’t addressed. Despite the admirable spirit of voluntarism, Hand outs, not community, is the ethic. They take risk and responsibility away from supermarkets and politicians. Sure, supermarkets already donate waste food by running food bank collections here. But this does not include FRESH fruit and veg. That would be a lot more difficult to manage, you see. Far easier to chuck away the fresh stuff and give non-perishables to food banks.

So if similar laws were adopted here, they should have to ensure that a greater cross section of community food projects receive waste food – projects which go beyond emergency food provision and look to longer term solutions to poverty, sustainability in food and community cohesion.

Which brings me to current food waste service providers FareShare.

They, like the Trussell, enjoy something of a monopoly on food waste. The model involves community organisations, food banks etc signing up. Then FareShare collects waste food from supermarkets and drops it to you.

So far, fair enough. But there’s a catch: the charge. FareShare make their money by charging a monthly fee. And you don’t know what you’re going to get week by week. Recently, FareShare’s CEO Lindsay Boswell stuck up for the poor old supermarkets who were being wrongly demonised by some beastly MPs for contributing to food poverty. Of course he did. The status quo suits him and his company.

Compare this to the approach of Adam Smith. No, not the Scottish economist. The founder of The Real Junk Food Project.

Smith Has told me that he wants to see FareShare “on its knees”. Why? Because he believes it’s wrong to profit from food waste. Instead, under his scheme, you sign up for free and he gives you a load of mobile numbers. You set a date on which you’ll hold a community dinner or ‘Binner Party’. Then you go through your list, calling the manager of Nandos or wherever, and getting his/her pledge to give you its still-good but technically ‘waste’ food on that date. No middleman. No fee.

The status quo, which people like Adam Smith are challenging, means boom time for those looking to make a quick buck off food waste.

Let’s follow the French model instead and let’s ensure, in doing so, that it contributes to the death of not only the food bank but also the food waste redistribution system as we know it.